Traditional Japanese amezaiku sweets were sold by peddlers traveling on foot around Edo (now Tokyo) during the mid-Edo period (c. 1700) until the Showa period (c. 1870). Using skilled hands and a pair of special scissors, a dollop of soft candy heated on a small charcoal grill was quickly shaped into a wide variety of designs before the candy cooled and hardened. The artisans attracted attention for the intricacy and speed of their technique.
Amezaiku has been handed down to the present day, when individually crafted sweets make popular gifts and souvenirs, while performances of the shaping techniques delight crowds during street festivals.

The Amezaiku Yoshihara Co. seeks to share the special qualities of amezaiku in many ways, including giving live performances of the crafting process. Spectators can watch as the item they ordered is made and sweet memories are shaped before their very eyes.
We feel that it is especially important to share this experience with children. In illustrations and photos from many different historical periods, amezaiku is always depicted with the faces of smiling children.
Although amezaiku disappear after they are eaten or melt away, this ephemeral nature only adds to their appeal.

This scene describes a live amezaiku performance by the Amezaiku Yoshihara Co.

A family stops by the shop. The father, mother, son, and daughter peruse the menu until the boy spots a sample of a green dragon and excitedly announces, “I’ll have one shaped like a dragon!”
The artisan gets a little more information for the custom design.
“Do you have a particular color in mind? We can make it however you like.”
“Yes, can I have a cool blue dragon?”
“You sure can. A blue dragon it is.”
The amezaiku artist gets to work and everyone watches intently.
“Okay, the shape is almost complete. Next, I’ll draw the eyes. Usually they are black, but we can make them red if you like.”
“Red? Yeah, that would make it look more fearsome. Red, please!”
“Okay, it’s finished!”
The boy admires the dragon, happy that he had a hand in designing it.
“Next, it’s your sister’s turn.”
She quickly shouts, “A rabbit, please! A pink one, maybe with black eyes.”
The artist quickly complies: “Here’s your rabbit.”
“I’d like it to have a ribbon, too.” The girl is wearing a red ribbon in her own hair and it appears to be her favorite style.
“Certainly, you two will make a lovely pair.”
“Thanks,” says the girl as she looks at her mom and smiles.
The special thing about amezaiku is being able to have one made exactly the way you want. As you communicate with the artist, you know you are getting a one-of-a-kind creation. For visitors, this is a unique experience, whether they are buying a present for family and friends, ordering a new ornament, or anticipating a tasty treat.

Children’s happy memories of amezaiku become stories that they can pass on to the next generation in the future. We think that this helped the tradition last from year to year throughout the Edo period.
The same sentiment led to the creation, in 2008, of the Amezaiku Yoshihara Co.’s permanent shop, where visitors can touch and experience amezaiku first hand. The shop preserves the traditional peddler style of shaping, while also striving to pass on the history, techniques, and unique cultural value of the practice.

The History of “Candy Craft” (Ame-zaiku) 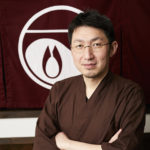 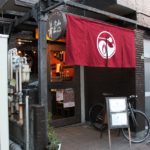 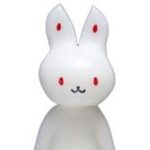